That about sums up my science class record. I either didn’t do very well or I passed with flying colors all to the tune of helping the teacher grade papers. At the time I loved it. I thought, “This is grand! I don’t have to do the work, and I pass anyway!” However, it wasn’t grand, at least not as I look back on the experience. I really could use that knowledge right about now. What happens if you decide to homeschool and you get to LEARN science right along with your children?

That’s exactly what I decided to do. I never intended to homeschool my children, but life has a funny way of placing you in situations that you never planned to be. I’m thankful I found myself in this position, but I wasn’t happy about my lack of knowledge in the science department. What did I do?

I began with a book– The Well Trained Mind by Susan Wise Bauer. This book became my homeschool “bible”. I use it to plan what I will teach and when I will teach it. I especially like the section on how she pairs history with science. She believes that you should teach both subjects with the same timeline, which makes perfect sense to me. When you teach ancient history, you study the human body; when you teach Middle Ages, study the earth and space; and when you study the modern age, you also explore chemistry and physics. The student will grasp the entire development of science within the realm of history. Many times my students will correlate historical events with scientific discoveries. I attribute this solely to the fact that we study them at the same time.

I was already struggling with the three R’s our first year of homeschooling, so science was on the back burner in my agenda. Yet, I knew I still had to give the subject some effort. I stumbled upon a simple book of experiments for children. It was titled Fizz, Bubble Pop by the Ooey Gooey Lady. Since my children were fresh out of first grade and kindergarten, they were the perfect age to benefit from these experiments, which meant science was all hands-on. I didn’t have them write anything down. We just had fun with the experiments and talked about what was happening. We used the backyard for the bulk of the experiments. Note about the backyard: Don’t leave flour and water on the patio overnight. It hardens and is extremely difficult to get off! We spent most of one afternoon on our hands and knees scrubbing the patio. Of course the experiment was fun but not worth that price. The bathtub was a frequent place we did experiments too. Note: Just make sure all items can safely be watered down the drain. We used cornstarch one time, and luckily our drain didn’t get plugged; I read the warning (after we did the experiment) to not do it in the bathtub. “Whew!” was all I could say after I read that. The one experiment that my children (especially my older one) couldn’t get enough of was shaving cream in the bathtub. They loved playing in the bathtub with the stuff. The bathtub became a hockey rink with him the hockey player. When the “hockey game” was done and he was washed up, the bathtub was also clean. Talk about a win-win science lesson. He learned more about traction in that bathtub than any “lesson” I could ever teach.

My younger student loves anything to do with the human body. So that’s what we learned about. I bought a $10 Human Body book in the bargain section of a bookstore. We then took it one section at a time and created a lapbook. A lapbook is a book you create yourself out of a manila file folder and little foldable books. Each mini-book is filled with information you learn about. Making a lapbook is a great way to get a lot of information into a small amount of space. It can encompass a lot of writing or cutting and pasting; it all depends on what you want to include in your book.

When we ventured into our second year of homeschooling (grades 2 & 3), we were in Volume II of Story of the World (Middle Ages), so we studied the earth and space. I didn’t use a purchased curriculum. Instead I searched the Internet for many ideas on how to make the study of the earth come alive for them. We read lots of books, learned about rocks with some friends, watched some youtube videos on plate tectonics, made a 3D model of the earth out of play dough, built our own solar system model, and put together a purchased solar system model. I developed an easy way to remember the three types of rocks– smooshed (sedimentary), smooshed & cooked (metamorphic), and cooked (igneous.) When I put it in those terms they caught on much faster. To help them remember the order of the planets we went on a bike ride. Really, a bike ride you say? Yes. The “sun” was our home and as we progressed on our bike ride each intersection was a planet. The large intersection we passed was Jupiter, and Venus was a street that bared no shade so it was always incredibly warm. That was three years ago and as we go on that same bike ride today, they still remember the planets. (My younger student always mentions the asteroid belt too.) Even though I knew a bit about the earth and space (definitely not enough to teach a full year of science), I learned right along with them.

Our third year we studied chemistry and the scientific method. This was because we began Volume III of Story of the World Early Modern era. For chemistry I purchased a small book titled Adventures with Atoms & Molecules. It’s an older book but I liked the price and it was exactly what we needed. Simple experiments we could do at home with household materials. I did not purchase anything I wouldn’t normally purchase for my home. Then I created a short form with the scientific method for them to complete each time we performed an experiment. Baking soda with vinegar and soda with lifesavers were instant favorites. Again, I kept this year of science with ninety percent hands-on and about ten percent writing and drawing pictures. They always asked for science. It was the one subject that was a delight to experience with my children. As I’ve said before, I was learning right along with them, and they knew it too. They enjoyed that their mom was learning too. I wasn’t the “all-knowing mom” when it came to science. I made mistakes (which they loved) and we laughed. Some experiments went awry, and we learned from those too. Many times, we’d just say that we had learned a “new” experiment when the results didn’t turn out the way the book said. A funny thing has developed. I’m noticing that anytime my children want to do something that they think I’m going to answer with a “no”, they always introduce the idea with the phrase, “Mom, I want to do an experiment…” They know me too well, because when I hear the word “experiment” I usually say “yes”. Of course they must tell me what they plan to do as well as their hypothesis before I approve the experiment.

In year four we were in the Late Modern era in Volume IV of Story of the World, and we began the year studying physics. I kept with my philosophy of lots of experiments along with verbal discussions and minimal writing requirements. My students still ask for science on a daily basis with enthusiasm.

I feel strongly in my philosophy of mostly hands-on experiments with little formal writing, because I have two extremely active students who don’t enjoy writing. I find it difficult to choose which subjects I will require writing and which ones I lean towards a verbal understanding. Science is one of those subjects that I require very little writing. In the early elementary years, it’s the fascination, excitement, and curiosity that I’m trying to unleash. If I stamp that out with a bunch of assignments, they will learn to hate science. They will associate science with the dreaded paper and pencil. My students, in particular, learn more organically. By that I mean that they learn in a more natural state rather than through the typical school philosophy, which is at a desk, reading a book, and regurgitating what was in the book. My students learn by doing, which is simultaneously a blessing and extremely challenging. How do I know they are learning? I have to really pay attention to what they are saying.

Get a good science book, read it, and do the experiments. Use The Well Trained Mind by Susan Wise Bauer as your guide of what to teach and when. Make sure to keep it light and fun in the early elementary years.

In short, treat science as the fun subject. Don’t let the assignments or requirements bog you down and put a damper on the fun. Let that fun shine and be the focus. After all, you are exploring our world. 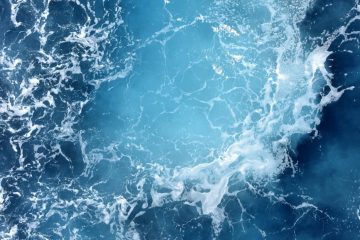 As I began this homeschool journey, my expectations and reality have clashed more times than I’d like to count. Being a former teacher, I love to make lesson plans and think of how I can Read more… 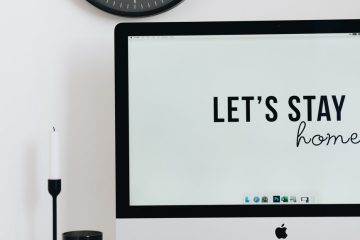 How much time is enough? 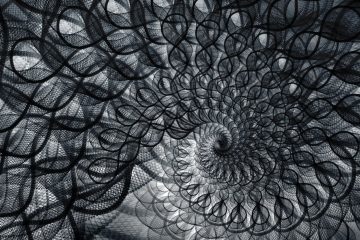